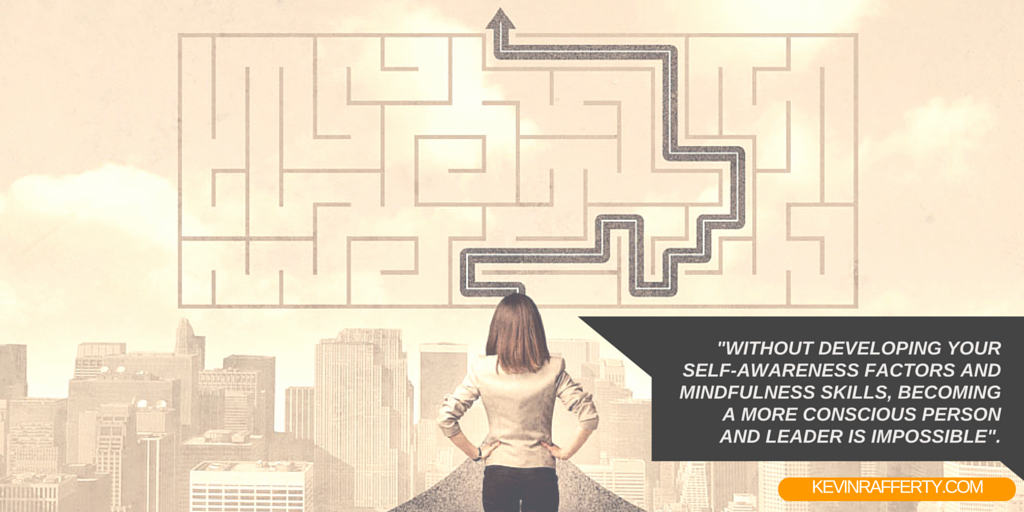 Having coached hundreds of leaders over the past 20 years, and through my own evolution as a human being and leader, I would like to share some perspectives on the topic of “Conscious Leadership,” and on what being a conscious leader is all about. This is such a big topic, and is gaining significant momentum in our business and collective consciousness, so I’d like to spark thought and dialog around this next phase where leadership is heading.

The opposite of being conscious is unconscious; acting in a conditioned manner without awareness of one’s present realm, reacting to occurrences from unconscious habit or patterns, repetitive thoughts and behaviors that keep reoccurring over long periods of time.

Becoming more conscious, more aware, of one’s self and of others, is the next path of personal and professional growth, if one chooses. An internal shift in one’s consciousness from the unconscious, automatic state of being can happen over time through a focused process of developing oneself, or can happen in an instant. Either way, once new levels of awareness have been achieved, one can see new, more effective, more easily received, more meaningful ways to live life, in dealing with people, solving problems and conflict, and in boosting creativity, teamwork, and performance. Research also proves that those leaders who are more conscious and are creating conscious cultures of more engaged and aligned employees are even more profitable than their competitors (Firms of Endearment 2014). So not only is becoming more conscious good for one’s sprit, it’s very good business too!

END_OF_DOCUMENT_TOKEN_TO_BE_REPLACED

Our current world has undergone massive cultural and business transformations over the past centuries. As we emerged from Monarchies to Nation-states and Democracy, from craftsmanship to the Industrial and Information Ages, from Mercantilism to Capitalism and Globalism, we again seem to be approaching a new tipping point. The rate of change and increasing complexities are requiring newer forms of how we come together at work, why organizations are formed and what are their purposes going forward, and how to maximize the power of the human element beyond conventional management practices.

Whatever your opinion about business and capitalism is, the facts are that the combination of democracy and capitalism has driven the rise in the quality and standards of living for billions of people on the planet over the past 150 years. Business is the mechanism by which we humans solve problems and improve the comfort, efficiencies and pleasures we experience today. While much progress has been made, there are many unintended consequences to the modernization of our societies, and we face huge challenges moving into the future. Global events of the past few decades make it evident we are at a major crossroads. Einstein said that “we cannot resolve our problems with the same levels consciousness with which we created them.” In other words, “what got us here won’t get us where we need to go.” Yet, those in current positions of power don’t seem to comprehend what’s really going on around them, or aren’t motivated to act with greater awareness and leadership.